Here are a couple of gifts I made in December for Christmas. 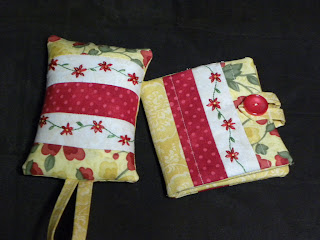 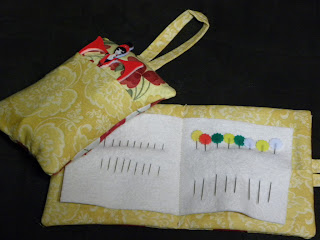 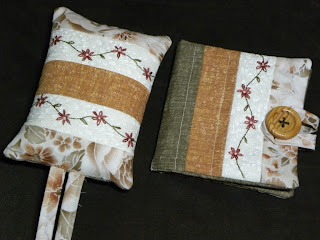 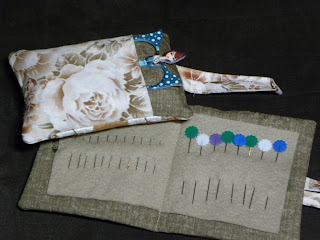 This is a pattern is by the talented  Lisa of Cubby House Quilts that appeared in Homespun Magazine 12.9 earlier this year.

I received the following ornament from Megs who is an amazing cross stitcher. It is gorgeous in pink with shiny beads & a pink thread hanger. Being pink also means that I don't just have to bring it out only at Christmas so I have it on one of the bedposts at the head of my bed. 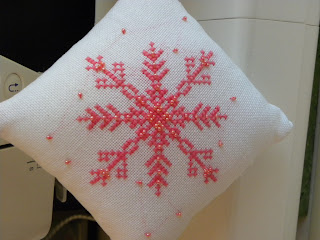 Here's is the official portrait of Brutus's 20th Christmas. He has just opened his stocking & is indulging his mother by posing with his pressies & wearing his Christmas necklace that he is so not keen on. He's knows by now, better to do what's needed & get it over with quickly. 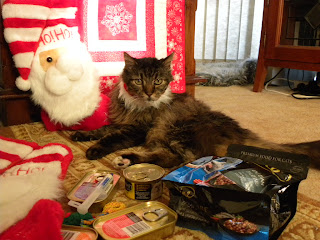 Five year old Honey is not that smart so no pose for him, had to chase him around the house until I finally got a portrait as he sat in his favourite sunny spot, very close to the escape hatch of his cat door. 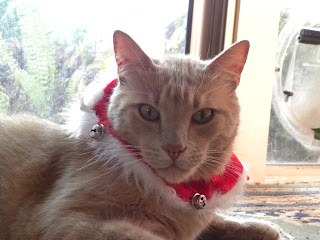 Happy New Year to all!
Tracee xx
Posted by Quilt Kitty at 9:29 PM

Email ThisBlogThis!Share to TwitterShare to FacebookShare to Pinterest
Labels: Christmas