I finally have something to put in the present box - yah! During my first head cold I did some stitcheries for Baby Stuffies. Late this week during the second bout of sickness I finally felt up to the big job of stuffing & hand stitching the stuffies closed.

The first three were from a gorgeous pattern called Stuffie Play by Sew Little Me, one of the baby patterns by Melly from Melly & Me designs. 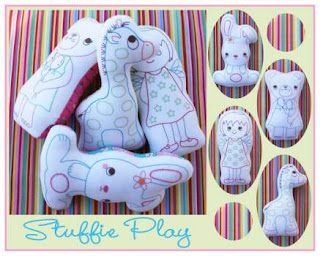 First I have twin girl bunnies; 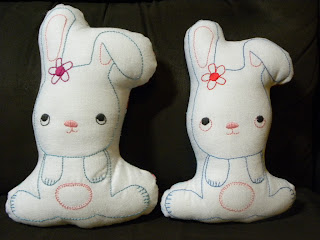 A cute giraffe fellow (he's my favourite from Melly's pattern); 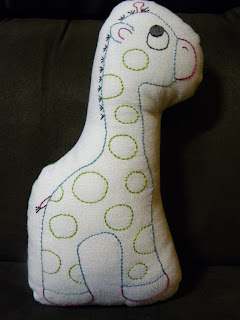 Then I wanted a couple of designs to suit babies that are on their way. So I went to the all wise Google & found a couple of colouring in pages that suited perfectly for stitchery designs. A happy little helicoptor; 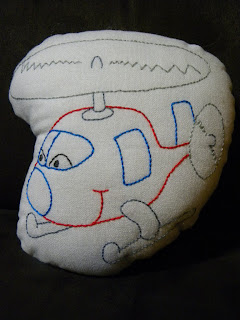 And a wise but colourful owl. Once I had the outline for this one, I just added colour & patterns as desired; 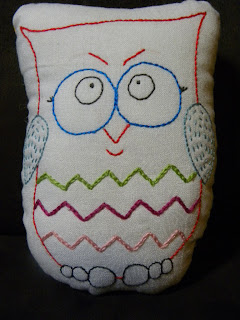 So now my presents box that has been empty since I joined Wendy of Sugarlane Quilts & friends in the Birthday - Love Stash challenge finally has little critters peeking out of it ready for the zero birthdays of little friends I'm yet to meet. 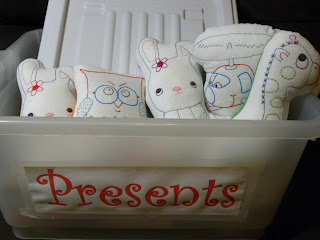 Look at these beautiful zips I just brought from Fiona at Fee's Shabby Shack. I first saw these on a destashing site on Facebook but was too late to buy them. Fee then had them featured in one of her Deals of the Day emails and I jumped in & brought two lots of 3. They are adorable white brodiere anglaise. 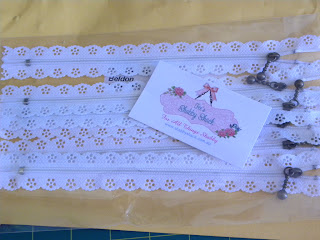 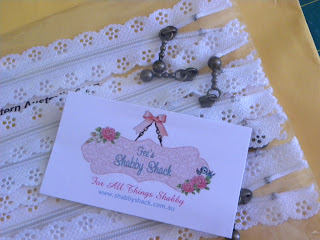 If you haven't signed up for the Deal of the Day email I suggest you do, just click on the link above. These beauties were $6.00 for a pack of three with free postage. I have brought many of these deals & they are always very well priced & free post in Australia - all win!

The cold is getting under control & I admit I had a great afternoon. We started with some nice roast chicken then it was all on in the sports department. Flicking madly from channel to channel watching the Collingwood - Carlon game on channel 7, the V8 Supercars on channel 7-2 and the Eagles - Hawks game on 7Mate. That hour from 3-4pm I was in my element trying to watch all at once. For the first time ever I got 9 out of 9 in my footy tipping, thank goodness, makes up a bit for last week!

We have had a break through in the cat name dilemma too. Hun-Bun put his paw down & he is HB no longer but back being cute Hun-Bun just as his Grandma named him. He was happily sleeping in the garden when I decided he should come spend some time with his muma & watch footy. HB, HB I yelled at him & he completely ignored me. Hun-bun, Hun-bun and he meowed back at me constantly then jumped up & came inside. So it may be a wussy name but it's the name for my boy & who could say he looks wussy all dressed up in his formal wear???? 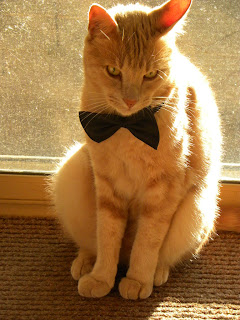